A brief survey of Christmas flavours

During Christmas, the air is often laden with the scent of spices such as cinnamon, aniseed and cloves. Not only are they an essential part of numerous culinary delights, but they are also known to strengthen the immune system, aid digestion and help prevent illness. 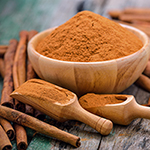 Cinnamon is one of the world's oldest spices. It was discovered in China in 3,000 BC, before making its way to Europe via Sri Lanka. It can be used in numerous ways: in sweet and savoury foods, as aromatic oil, and for medicinal purposes. It is also known for its health-promoting effects because it helps reduce glucose levels of the blood, promotes a general sense of wellbeing, alleviates stress, triggers an antibacterial and anti-infectious response and boosts circulation. While it plays a special role in the production of mulled wine and biscuits in our parts of the world, the Indians and Vietnamese use it as a way of adding flavour to various meat dishes. 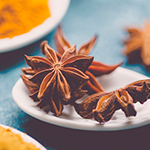 While the sweet and spicy aroma of aniseed adds an unmistakable touch to liqueurs, teas and spices, it can also help to relieve coughs and promote digestion. And it helps to fight heartburn and prevent bad breath. 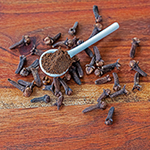 Latin Americans have long been known to chew cloves as a means of relieving toothache. As a body oil, it is superbly suited for preventing muscle cramps through its ability to warm the body and stimulate circulation. Furthermore, the medicinal plant of the year 2010 is known for its ability to relieve stress, nervousness and tension. 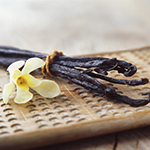 Vanilla – considered to be the queen of all spices – was originally found in Mexico and is cultivated in many parts of the world today. It is known to put people in a better mood, to counter depression and sleeping disorders, and to harmonise the body and soul. 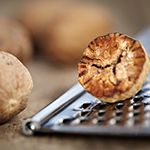 It's hard to imagine any Christmas baking without the slightly bitter aroma of nutmeg – a spice that is also used to combat a range of symptoms. It helps not only against travel sickness and sleeping disorders but is also known for its ability to stimulate the digestive system and strengthen the heart.

A balanced diet strengthens wellbeing and health over the long term. As a holistic healthcare organisation, SWICA focuses on the health of its customers and not on their illnesses. That's why SWICA customers enjoy prevention contributions of up to CHF 600* per year plus a wide range of health offers relating to nutrition.


04.12.2019
In the event of further health-related questions, SWICA customers can contact the santé24 telemedicine service free of charge on +41 44 404 86 86. A telemedicine practice licence allows santé24 physicians to provide additional medical services in cases that are suited to a telemedicine approach. SWICA customers can also use the BENECURA medical app to carry out a digital SymptomCheck and receive recommendations about what to do next. During a subsequent phone call with santé24, customers can decide for themselves whether to release their information from SymptomCheck to santé24.
More health tips