Why does dancing make people healthy and happy?

Regardless of whether it's in a dance studio or online, dancing is good for body and soul. It strengthens the muscles, reduces stress and releases endorphins. Find out more about the positive effects of dancing and how to bring them into your living room. SWICA provides support in the form of tips and contributes up to 600 francs (find out more) towards dance classes.

Find out more about

Why dancing is so good for you

Those who dance regularly improve their posture and boost their cardiovascular system, balance and coordination. Worries and stress can also be simply danced away. This is because making rhythmic body movements to music breaks down the stress hormone cortisol. "Happiness hormones" and neurotransmitters (e.g. endorphins, dopamine and serotonin) are released at the same time. In the 1940s dancing was recognised in the US as a therapy for body and mind. In the meantime, numerous studies have been carried out on the effectiveness of dancing for a range of illnesses. Whether it's for mental conditions like depression, physical illnesses like cancer, or chronic pain. Dancing works – regardless of whether you move around to music at a disco, exercise in a dance studio, or take part in an online course. Find out more about the positive effects.

Muscles: Exercise improves muscle function, enabling them to react better and more quickly to stresses. Dancing also improves coordination and releases tensions in both the short and long term.

Heart: The exercise boosts heart performance. Blood circulation is improved, and the increased oxygen supply means that the lungs work more effectively. And, incidentally, it's not just the exercise that produces these benefits. The music also has a role to play, especially music that gets louder and louder. Crescendos increase the heart rate. Music which gradually becomes quieter (a decrescendo) has a calming effect on the heart rate.

Immune system: Those who dance regularly are less likely to become ill. Exercise boosts the circulation and the heart transports more blood through the vessels, which activates the immune cells. In fact, their numbers actually increase.

Fat-burning: Dancing is a form of aerobic sport, i.e. a sport that boosts fat-burning. In addition, the rapid pace of some dances (e.g. discofox and jive) causes the body to produce many more enzymes that burn fat.

Spine and joints: Tendons and ligaments receive a better blood supply thanks to the body's rhythmic movements, which means that the joints are better protected. In addition, dancing maintains and enhances joint mobility – including joints in the spine. Those who dance regularly tend to have a more upright posture, and this helps to prevent slipped discs.

Improved memory function: Your brain receives a better blood supply, as with any form of stamina training. In this way you become alert, efficient and able to remember much more. In the course of your life, the connections between your nerve cells tend to deteriorate and the neural network becomes degraded. Dancing improves the connections between your brain cells. Coordinated rhythmic exercise keeps your brain young. Atrophied areas of the brain may even be regenerated. It has been proven that dancing improves learning ability and memory.

Hormones: Rhythmic movement boosts the production of neurotransmitters and hormones such as serotonin, dopamine and endorphins, which make us happy and creative. Greater quantities of the creativity hormone ACTH are also produced, relaxing the body and boosting mental activity. At the same time, dancing reduces the level of cortisol, a stress hormone.

Dancing is a social activity. But since we all have to stay at home at the moment, dance schools have changed the way they operate. Many schools – whether for swing dance, ballet or belly-dancing – offer online dance lessons or coaching. Three dance teachers talk about their favourite dance and their personal experiences with online classes and offer a free trial session.


Anyone who wants to join in can sign up free of charge for the live-streamed crash course or a trial session (with or without a partner). 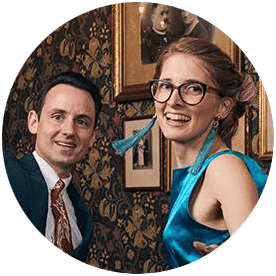 "Dancing is freedom and the joy of living"


Anyone who would like to try out ZeoT can sign up now for a free live-streamed trial session. 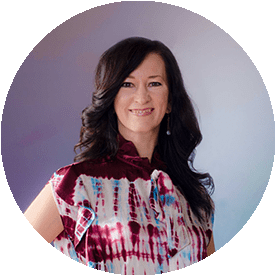 "Through dance our students find joy, strength and self-confidence"


Anyone who would like to try out BallaLoco can sign up now for a free live-streamed trial session. 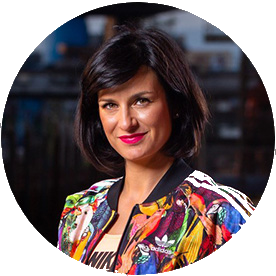 "A great hobby that's fun to do"

SWICA contributes up to CHF 600 a year towards dance classes

Dancing is fun and keeps you mentally and physically healthy, which is why SWICA contributes up to 600 francs (find out more) towards dance courses and private lessons at SWICA-recognised dance schools (under selected supplementary insurance policies). This also applies to live-streamed classes or live video coaching sessions from SWICA-recognised dance schools in Switzerland. Dance instructors and their students communicate by video or audio to ensure that the quality of the lessons is similar to that in a dance studio. Please note that SWICA does not therefore support recorded or otherwise packaged video lessons or online courses where there is no opportunity for interaction.

How your preventive healthcare contribution breaks down

Directory of all SWICA-recognised dance schools

Other benefits relating to exercise, nutrition and wellbeing

Benefit twice over: thanks to the partnership between the Swiss Dance Sport Federation and SWICA

For years SWICA has been offering comprehensive dance promotion in cooperation with the Swiss Dance Sport Federation. Thanks to the collective agreement between SWICA and the Swiss Dance Sport Federation (TVS), its members benefit twice over. As well as annual dance promotion contributions, TVS members also receive a premium discount of up to 30% on selected supplementary insurance plans through the partnership and the BENEVITA bonus programme (go to detailed discounts).

Conscious breaks improve your wellbeing and are good for your health. SWICA is committed to your health and is giving away prizes for your next big or small adventures worth a total of over 9'000 francs.

Because health is everything

Physical fitness, a balanced diet and wellbeing are important elements in a healthy lifestyle. That's why SWICA supports your personal commitment in all areas of health with annual contributions of up to 800 francs under the COMPLETA PRAEVENTA and OPTIMA supplementary insurance plans (go to detailed information).

Incidentally, supplementary insurance always provides valuable additional benefits above and beyond those available under basic insurance. It can be taken out with SWICA at any time, regardless of which insurer currently provides your basic insurance. .

SWICA is there for you

The SWICA team would be happy to assist you online or by phone if you have questions about benefits or require personal advice. Call free of charge on 0800 80 90 80 or complete the form below:

For your health at home

SWICA supports you with medical services and advice around the clock and has useful recommendations and products for promoting health and preventing illness. Here you can get valuable tips on staying in shape while at home and working from home. You can also discover the online courses and coaching sessions that SWICA supports.

Getting medical support and recommendations for symptoms

Staying fit and healthy at home: Tips and offers

Personal training: Why you will reach your goals more quickly

Nutrition: Tips for the immune system and offers for at home

Working from home: Setting up your workplace properly